Project Review: “What Have We Done EP” by Omah Lay

After sparking up the radio waves across the country with a successful debut EP, Get Layd. Omahlay strikes again! This time he unleashes his inner Kraken with the What Have We Done EP. Released November 20, What Have We Done EP has been streamed over six million times across digital platforms globally.

Having recently signed a juicy record deal with Warner Music Group, Omah Lay doesn’t look to be slowing down en route to his debut album. He released his first EP Get Layd eight months ago, and it was met with wide critical acclaim, as it contained hit tracks that propelled his quick rise to stardom. What Have We Done is only Omah’s second extended play project and the Port Harcourt bred ace looks destined for more. It contains 4 original tracks and a remix track, totaling 5 tracks in all.

The EP opens with the rhythmic Reggae-fusion track My Bebe, where the young Nigerian colours the sound waves with an epic rendition of a beautiful love song. Bringing a flair of uniqueness, Omah and his production team, deviate from the Afro-pop style with his distinct vocals and the mid-tempo electronic beats that accompany the song. This is something different from his previously released Get Layd EP.

My Bebe centers on an infatuated expression of affection to a love interest. This track is relatively similar to Joeboy’s 2019 hit ‘Baby’, as the singer walks us through how mentally he’s taken by his Bebe.

Fashion, glamour, and riches. That’s all the celebrity life is all about, or isn’t it?

Omah Lay gives us a glimpse of his journey since he attained fame. Can’t Relate explores the difficult path that lies before the fast-rising Nigerian musician. Dealing with haters, bad belle, hoes, and rogues, while wearing “Nike clothes…” and enjoying the “superstar lifestyle”, is a highlight of the price he has to pay for being famous. Most people can’t relate though, since they are only afforded a one-sided view of the picture. Omah then proceeds to ask God to “delete every virus” (toxic people) from his system.

Godly, the third song on the EP, is sung to a sizzling Afro-pop beat conjured up by producer Tempoe. Omah Lay visits his quick rise to fame and also thanks God for the comfort he received while being bothered by people on every side.

Secrets spill as Omah confesses his obsession on the fourth track of the EP. A steady, thick Afro-European beat accompanies a solemn explanation of the singer’s heartfelt feelings. The simple piano sounds that underscore the song also add a feel of authenticity and sincerity to the message.

A bit scanty on the lyrical side, a remix featuring a female superstar artiste (preferably foreign) will add more depth and emo to the track.

Featuring American rapper 6lack is the final track on the EP, Damn [remix]. This move is undoubtedly a good shot at getting Omah Lay the much needed exposure to a diverse, foreign audience.

Amidst the presently tense political atmosphere on the Nigerian scene, What Have We Done EP provides a melodic distraction from the brewing fuss. The cover art shows Omah Lay with his hand on his face, creating an optical illusion of a clenched black fist. This image is against a creative dash of purple and a crack in the wall, alluding to the civil unrest accompanying the END SARS protests.

The release is also close to the festive season, providing opportunities for Omah Lay to capitalize on several live shows and events.

The nationwide appeal of Get Layd is still there and WHWD EP is slowly but surely catching up. With time, we’ll see how far it can go both locally and internationally. Featuring more renowned artists in remixes could do more to help Omah’s career on the foreign scene.

All in all, WHWD EP is a step in the right direction for the 23-year old. It also proves that he has more creative musical ideas that are worth looking forward to.

This on-repeat stellar project is spectacular with an SRT rating of 7.9

(Awful; not pleasant to the ears)

(Mediocre; not good, but not awful)

(Exceptional work of art. timeless, creative, one of a kind. Strikes at first listen) 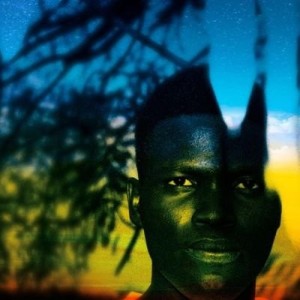