The Music Contract: As Explained By Bar. Akinyemi Ayinoluwa

Yesternight we had an enlightening moment on our community during the #ArtivateChatSession (which lasted 1hour). Our guest Barr.Akinyemi Ayinoluwa Esq. perfectly dissected the topic ‘The Music Contract: Thing to know before you sign that record-deal’

In-case you missed the session? Or you need a compiled thread of the discussion, here are some highlights and important information (as discussed, for your consumption)

Contracts guarantee certainty, it ensures that there is order. That investments are protected and not wasted.

Everyday, artistes are offered a variety of deals and opportunities. Unfortunately there are plenty of legitimate looking record-labels that simply prey on artistes and their desire to become ultra-successful.

But what will you do if a major record label offer you a contract?

Many artiste will jump on the chance thinking its their ticket to stardom and wealth. Others, more calculated artistes will likely carefully comb through the details of the contract to determine if it is the best agreement they hoped for.

At this point if you don’t know what you’re are getting into? You could end up making a regrettable decision. Although signing a contract could help advance your career, it also has the potential to harm it or stunt it growth.

Before you sign that contract here are some major questions that needs answers:

What type of contract are you signing?

All these contracts have different requirements and consequences. They speak to what the deliverables are, the duration, ownership and control. It will be in your best interest to know the type of contract you are going for and what it entails for you and you career.

Here’s a brief explanation of some common contract types as explained by Bar. Akinyemi yesterday during the #ArtivateChatSession. It was indeed an enlightening/informative moment with him. You shouldn’t miss out our next chat-session. Join Our Community Here

Please read through to understand the basic types of contracts and what they entail:

Recording contracts are legally binding agreements, enabling record companies to exploit an artist’s performance in a sound recording, in return for royalty payments.

Generally, the artiste is expected to just deliver a minimum number of records/projects.

A “360” as it’s called in the industry, is an exclusive contract between a label and an artist. In a 360 deal, a recording label not only takes a share of the artist’s music sales, but also percentages of revenue from other ventures, such as concerts, merchandise, television appearances, or publishing. It’s this “all in” nature of the contract that has earned the nickname “360 deal.” This is all in the goal of recouping what they “spent” on breaking a new artist and launching their career.

A 360 contract seeks to attach all the different aspects of an artiste’s career. So that all his economic interests are affected by the contract. His live performances, his acting, his song writing, his endorsements, his ability to sell books, his touring, his merchandising etc.

Generally, a 360 deal entails the record label to a percentage of earning from everything you generate as an artiste or band.

A license deal or distribution deal does not touch the ownership of the property/copyright of the artiste. It only momentarily secures the rights/permissions to use the music for a defined period of time.

A development contract is usually for new talents. The record company just signs the talent for a short period of time to see whether they can get a commercially viable body of work. This is usually reserved for new talents. Like teenagers who are prodigiously talented, but have not proven themselves in the marketplace.

After all explained? The next question big question to ask before you sign that paper is? How long is this contract bounded?

As a new talent, you might not have a lot of power in deciding how long you want to commit ti a contract. But it is always advisable to sign for a reasonable period of time. Because the business is moving fast and you don’t want to be stranded. Sign for a short period of time (most-comfortable to you)

We know the zeal and eagerness most music creatives have towards getting off the independent music lane and signing to a record label (who will foot thier budgets). As much as you may desire that, you need to first understand the basic of what you are getting into. Many artistes were this eager(with no ample knowledge) which led them to sign a not-so-healthy deal.

You have to be thoughtful, calculative and inquisitive.

Goodluck in your career path.

Join our community to network with fellow creatives. It’s always fun in there. 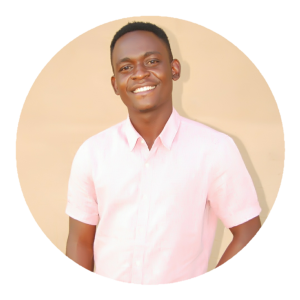 I am married to two wives. Music & Tech. I love them all. **Yikes
PrevPreviousHow to get Spotify Followers for Free
NextHow The Spotify Algorithm Works – A Deep InsightNext